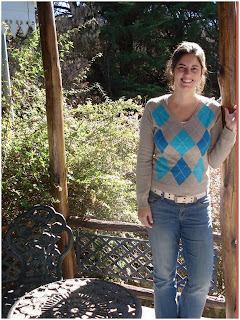 Laura Chalar was born in 1976 in Uruguay, where she trained as a lawyer. She is the author of six books, most recently Midnight at the Law Firm (Coal City Press, 2015), a chapbook of poetry, and Líber Andacalles (Topito Ediciones, 2016), a Spanish-language short story for children.

She has also published numerous translations from and into Spanish, including Touching the Light of Day: Six Uruguayan Poets (Veliz Books, 2016) and Uruguayan poetry dossiers in Modern Poetry in Translation and other literary journals. The recipient of various literary awards as well as a Pushcart Prize nominee, she is currently at work on several simultaneous projects. Laura is married and has a daughter.

In this interview, Laura Chalar talks about her writing.

I started writing when I was very small, copying the printed letters I found in books and newspapers. I can’t remember a time when I didn’t write. My father was very proud of a story about a ‘caterpillar woman’, which I must have written when I was about four. Both my parents were readers --- fine examples of that type of cultured, literary-minded lawyer which is now sadly in danger of extinction. We never had much money when I was growing up, but there were always plenty of books around the house.

I am a poet and short-story writer who also wants to become a novelist! Recently, I’ve also started writing for children. And then, of course, I also translate. These different genres often hinge around subjects I keep returning to --- memory, childhood, ‘normal’ people living normal lives, usually in places I happen to know or have lived in.

In the writing you are doing, which authors influenced you most and in what way? Why do you think they’ve had this kind of influence?

I wouldn’t know about influence, but there are many writers whose work I admire and which are a quality standard I always try to keep within sight, even if I can’t match it. I’m always discovering poets whose work I love, many of them English!


How have your personal experiences influenced the writing you are doing?

My personal experiences are always there, lurking behind the scenes. That is not to say, of course, that my writing is always ‘confessional’ --- I will draw on stories I have heard, the visual arts, places I have never been to --- but there is always something of myself, of my tastes and inclinations, in what I write. I suppose it’s the same with most writers --- your life seeps into your writing, sometimes in ways you can’t recognize.

I am preparing a Spanish-language book of prose poems (or poem-like stories, depending on your view) for the press. It will be published in Uruguay by Irrupciones, a local publisher, perhaps in May.

This year, I also plan to finish a book about reading to (and with) my daughter, and edit the short stories and other writings of my father, who died last year (some of these can be read in the latest issue of Coal City Review, an American literary journal, in my translation).

I’m also looking for a publisher for my translations of the Brontë sisters’ poems, illustrated by a wonderful Uruguayan artist. There are also a couple of translation projects around, involving English-language poets whose work I enjoy ...

And I’m probably still forgetting something.

How do you balance the demands of the various aspects of the work you are doing?

The greatest demands come from motherhood and my work as a lawyer, which is how I make my living. These are both wonderful and challenging but, as you may imagine, take up most of my time! Any free time I find for writing goes to whatever is currently the most ‘urgent’ project, always trying to fit in things that come up and which can be finished relatively quickly.

For you, what connects Law, poetry and literary translation?

Words and ideas ... a passion for them, their possibilities, the worlds they uncover. I suppose I could just as accurately say that in my view they are connected by a deep interest (and involvement) in human lives and human minds.

What would you say is the value of an initiative like Journeys in Translation?

I think if you can make people understand and know about the refugee experience, then tolerance and compassion (both greatly needed in today’s world) will be fostered and enhanced. And you might make people gain a greater appreciation of poetry along the way, which would be an added bonus.

What have been the most interesting aspects of the work you’ve done so far with the initiative?

So far I have only translated a couple of poems, ‘What’s in a Name’ (which offers, in an almost incantatory manner, the names of different people who are suffering, and through naming them brings them closer to us and gives them a voice) and ‘Dislocation’, a very spare poem about disconnectedness and alienation.

The most exciting thing about doing so was the possibility of being a part of a project that will hopefully help people and change lives for the better, hackneyed as these words may seem. Uruguay and Argentina, the countries I divide my time between, are both currently peaceful in the sense that there are no dictatorships, wars or displacement issues (though there is a very concerning streak of totalitarianism alive and kicking in both); for most of us here, having to leave your life, family and possessions behind and start anew, seeking protection in a foreign country, is an ordeal we can’t even begin to imagine. Our ancestors did it when they sailed for this part of the world, usually driven by poverty, two or more generations back --- but it isn’t really a part of our everyday experience. And I don’t want geographical distance and a different life path to prevent me from empathizing with and helping, if I can, those who are going through such misery and misfortune in current times. I want to be a part of the change for the better, part of the good in their lives, and literature seems like the most obvious channel, as writing is what I do best.


What has been the most challenging? And, how have you dealt or how are you dealing with these challenges?

I always try to deal with translation challenges with creativity and craftsmanship. I think a translation is successful when it can be read as a poem in its own right.