Showing posts from July, 2009
Show all

July 31, 2009
By Kaye Axon * Ambrose Musiyiwa has worked as a freelance journalist and teacher. One of his short stories was featured in Writing Now (Weaver Press, 2005), an anthology of contemporary Zimbabwean writing. Currently, he is working on another story . In this interview, Ambrose Musiyiwa talks about his concerns as a writer: Did you write in Zimbabwe? I've always been writing. In primary school, I was writing short stories and other narratives. When I moved to high school, I was writing short stories, poems, letters and opinion articles for national newspapers and magazines. After high school, I stopped writing poems altogether and concentrated on short stories and feature articles for newspapers and magazines. When I went to teacher training college, I was concentrating more on feature articles and book reviews than on short stories or other narratives. The list of newspapers and magazines I've written for includes The Sunday Times , The Zimbabwe Independent , the High
1 comment
Read more 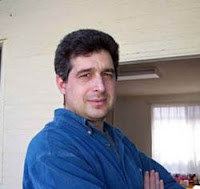 Novelist, school teacher and screenwriter, Mark Adam Kaplan was born in Staten Island, NY. He holds a Bachelor’s degree from the University of Michigan and a Masters of Fine Arts from the American Film Institute’s Center for Film and Television Studies. He has worked as an Associate Editor and then as a public school teacher in New York City before relocating to Hollywood, CA. His film credits include, A Time to Remember (Tai Seng, 1998) and Echoes of the East: Tibet , 1997. His writing includes book and music reviews which have appeared in magazines that include Rapport Magazine in Los Angeles; “Date with the Chairman”, a short story which was published in the anthology , Wicked: Sexy Tales of Legendary Lovers (Cleis Press, 2005); and, A Thousand Beauties (BeWrite Books, 2009), his first novel. In this interview, Mark Kaplan talks about his concerns as a writer: When did you start writing? I’ve always written, although I think I made a formal decision to give writing
2 comments
Read more 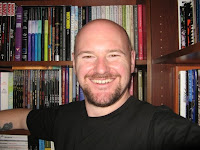 Christian A. Dumais ' work has been featured in newspapers and magazines that include the St. Petersburg Times , GUD Magazine and Third Wednesday . His latest book, Empty Rooms Lonely Countries (CreateSpace, 2009) is a collection of short stories that draws on his experiences as an American living in Poland as well as on his adventures in the United States. When he is not writing, Dumais works as a university lecturer in Wroclaw, Poland, where he teaches American Literature, as well as Creative Writing and American Pop Culture. In this interview, Christian Dumais talks about his concerns as a writer: How would you describe your writing? I’ve been asked this a few times and I’m still uncertain on how to answer. The category I keep coming across is autobiographical fiction, but I don’t think that’s what I’m out to achieve. The stories in Empty Rooms Lonely Countries are true. The events happened. The conversations are as I remember them. The people are real. However, for
Post a Comment
Read more

Clifford Lane Mark's first novel, Ecumensus: The Next Vision (IUniverse, 2009) has won a number of awards and has been described as having "an almost supernatural energy of truth around it". In this interview, C. L. Mark talks about his concerns as a writer: Do you write every day? No, I’m a muse-driven writer. When the thoughts and inspirations have accumulated in me over a few days or a few weeks, they come rushing out of me in a torrent and only then can I write. When I start an inspired writing session it may go on for an hour or two. I usually return a little later or the next day to what I’ve written so I clean it up, punctuate it, find the most accurate words and make sure it is communicating as precisely as the feelings I had when I was inspired to write it. I’ve always been a wordsmith of sorts (newsletters, essays, a few poems, industry articles, that sort of thing) but Ecumensus , my first novel, was so involved that it took many years to fully gr
Post a Comment
Read more 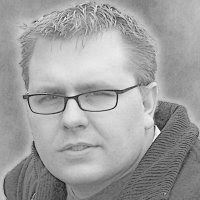 Novelist Bryce Beattie describes himself as a pulp addict, a programmer, a husband and a father. He is also the author of Oasis (CreateSpace, 2008), a novel that focuses on small town nurse, Corbin St. Laurent as he desperately tries to find a cure to a virus that is turning the inhabitants of his town into zombies. The novel first appeared as a serial on the blog, Oasis: a Zombie novel before it was released as a paperback. In this interview, Bryce Beattie talks about his concerns as a writer: When did you start writing? I wrote little stories here and there my whole life. I really decided to start writing regularly a few years ago after I discovered the works of Edgar Rice Burrows and Robert E. Howard . Their writing just has so much fun and energy, it was infectious to me. How would you describe your writing? Action adventure fiction in the pulp tradition. My target audience is me, and other folks who were born about 70 years too late. Folks who like The Shadow ,
2 comments
Read more
More posts