Showing posts from January, 2010
Show all

The Low Down on High Fantasy By Alexander James When it comes to fantasy and science fiction, Paul Barnett has both feet planted firmly on the ground. And as a lifelong champion of literary quality under the pen name, John Grant , his stance against humdrum and gender-driven books has earned him a place at the top, with over 60 best sellers under his belt, both fiction and non-fiction. Among the latter are two standard authorities in their fields: Encyclopedia of Walt Disney’s Animated Characters and, with John Clute, The Encyclopedia of Fantasy , for which he received the Hugo , Locus , Eaton , Mythopoeic Society and World Fantasy awards. He has also received a rare British Science Fiction Association Special Award and been shortlisted for the British Fantasy Society Award and Bram Stoker Award . Two-time Hugo winner for his trailblazing science fiction/fantasy work, his novels include Albion and The World . For younger readers he has written the 12 novels in the Legends
Post a Comment
Read more 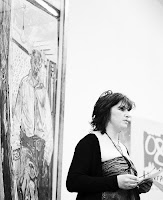 Artist and writer Alice Lenkiewicz lives and works in Liverpool. Her books include a poetry collection, Men Hate Blondes (origional plus, 2009) and a novella, Maxine (Bluechrome Publishing, 2005). She also publishes and edits Neon Highway , a poetry magazine that supports emerging and established poets. In this interview, Alice Lenkiewicz talks about the series of events that led to Neon Highway : When did you start writing? From a young age, I have always enjoyed writing. It was something that felt quite natural. I used to write poems as a little girl and journals and went on to become interested in writing plays. When I was in my early 20s, I wrote my first play and went on to write two more. My first ever official positive response came after I wrote a play about Saint Catherine for a writing competition for the Oxford Touring Theatre Company . I remember feeling happy to receive a letter from them saying that it was short-listed. They sent me a very constructive, po
Post a Comment
Read more 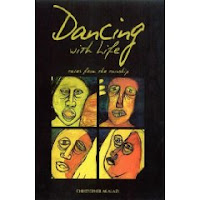 In an earlier interview , Christopher Mlalazi talked about the effect the political environment in Zimbabwe has had on his writing. Since then he has gone on to publish an award-winning collection of short stories, Dancing with Life: Tales from the Township ('amaBooks Publishers, 2009) and a novel, Many Rivers (Lion Press, 2010). Dancing with Life was awarded the Best First Creative Published Book prize in the Zimbabwean National Arts Merit Awards (NAMA) and it received honourable mention in the 2009 NOMA Award for Book Publishing in Africa. Christopher Mlalazi also received the 2009 Oxfam Novib/PEN Freedom of Expression Award for "The Crocodile of Zambezi", a controversial play he co-authored with Raisedon Baya . The play was banned by the Zimbabwean authorities. In this interview, Mlalazi talks about Dancing with Life and the collaborative playwrighting he has been doing: How would you describe Dancing with Life: Tales from the Township ? Dancing Wit
Post a Comment
Read more 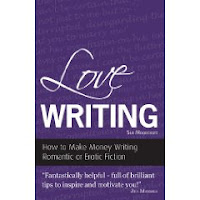 In an earlier interview , creative writing tutor and author, Sue Moorcroft spoke about her main concerns as a writer. She now talks about her latest non-fiction book: How would you describe Love Writing: How to Make Money Writing Romantic or Erotic Fiction ? The title says it all, really. We chose a title like that so that it would show up well in searches on-line. Readers of ‘how to’ books tend to search using phrases that describe the content of the book. The book brings together many of the areas I work in: fiction writer non-fiction writer ‘how to’ writer creative writing tutor committee member of the Romantic Novelists’ Association I’d also written courses for the London School of Journalism , so had some experience of assessing what would be useful to the reader and arranging it coherently. Having writing colleagues who had utilised their abilities in writing books on the craft of writing, it had occurred to me that, at some time, I might do the same. Then two
Post a Comment
Read more
More posts