Showing posts from August, 2010
Show all

August 15, 2010
Baeg Tobar is an epic fantasy world that is brought to life through comics, short fiction, novels and other forms of illustrated media. Scott Colby is one of the project's editor-contributors. In this interview, Colby talks about his writing: When did you start writing? I started writing way back in elementary school. I was very good at finishing my work long before everybody else, which meant I needed something to keep myself entertained. I couldn't draw worth a lick, but luckily I was alright with the English. It wasn't long before I was cranking out ten page novellas and reading them in front of the entire class. Since then, I've just kept plugging along, trying to incorporate things I've liked to read into my work. When I saw an open call for writers at Baeg Tobar , I sent in a few samples. Luckily they liked me! How would you describe your writing? Fantasy with my own little twist. I've always felt like the genre can handle a lot more than just
Post a Comment
Read more 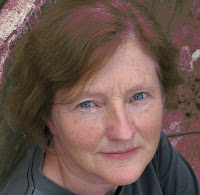 Jane Morris is one of the founding members of 'amaBooks , an awarding-winning publishing house based in Bulawayo, Zimbabwe. In this interview, Morris talks about the state of publishing in Zimbabwe: What motivated the formation of amaBooks? ’amaBooks was started in 2001. We started publishing a year before that -- a book of poems by John Eppel , all proceeds of which went to the Bulawayo charity, Childline. Childline was just starting in Bulawayo at that time and I, in my work as a social worker and trainer, was helping with the training of the first volunteers and the organisation was in need of funds. John Eppel kindly stepped forward and donated a collection of his poems, which became Selected Poems: 1965-1995 . The book sold out very quickly, which was particularly heartening for a book of poetry. We enjoyed the process of getting the book published and a group of five of us, who had been involved in this first publication, decided to start a publishing compan
Post a Comment
Read more 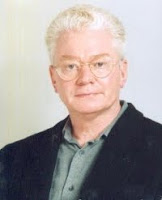