Showing posts from September, 2011
Show all

Omen Nyevero Muza holds an MBA and runs a financial advisory firm he co-founded in Harare. He is also a financial columnist with a local daily newspaper.  One of his short stories appears in the anthology, Where to Now? Short Stories from Zimbabwe    (amaBooks, 2011). He writes and plays guitar in his spare time.  In this interview, Omen Muza talks about his concerns as a writer: When did you start writing? My first serious attempt at writing was while waiting for my O-Level results. I cobbled together a collection of poems which was, however, never published. Before that, I recall that my Grade 7 teacher put my name to something I didn’t write and submitted it to some obscure publication. Perhaps as some form of poetic justice, the publication misspelt my name to something entirely unrecognizable so in the end it was never attributed to me anyway. I am sure my beloved teacher meant well and obviously had a soft spot for me but I wonder whether she was aware that she was
1 comment
Read more 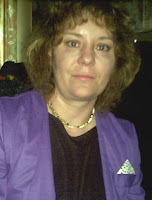 Karen Wodke lives in the Midwest, in the United States and is the author of James Willis Makes a Million (CreateSpace, 2011), a novel for young readers. She also writes for websites and magazines that include Associated Content , Adventures for the Average Woman , Foliate Oak Literary Journal and Ehow . In addition to that, working with P. J. Hawkinson , and writing under the name Wodke Hawkinson , she co-authored books that include the novels, Betrayed (CreateSpace, 2011) and Tangerine (___, forthcoming) as well as the short story collections, Catch Her in the Rye (CreateSpace, 2011); Blue (CreateSpace, 2011) and Alone (___, forthcoming). In this interview, Karen Wodke talks about her writing: When did you start writing? I have always enjoyed writing, but only in the last few years have I gotten serious about it. A couple of years ago, I decided to write a book for young readers, James Willis Makes a Million . I made the decision to self-publish that book. I felt i
Post a Comment
Read more 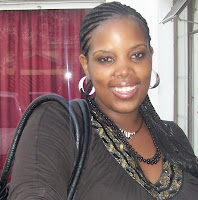 Novuyo Rosa Tshuma is a Zimbabwean writer currently studying at the University of Witwatersrand, South Africa. In 2009, she won the Intwasa Short Story Competition . Her short stories have been featured in anthologies that include The Bed Book of Short Stories (Modjaji Books, 2010); A Life In Full and Other Stories: Caine Prize Anthology 2010 (New Internationalist, 2010), African Roar: an Eclectic Anthology of African Authors (StoryTime, 2010) and Where to Now? Short Stories from Zimbabwe (amaBooks, 2011). In this interview, Novuyo Tshuma talks about her concerns as a writer: Which authors influenced you most? The novels of Orhan Pamuk , Chimamanda Ngozi Adichie , Arundhati Roy , Sembene Ousmane , Naguib Mahfouz , Tsitsi Dangarembga , James Baldwin . A particular piece of short writing which comes to mind is Yvonne Adhiambo Owuor’s "Kin la Belle: In the clear light of Song and Silence" which was featured in the Pilgrimages Project and was about her pilgrimag
Post a Comment
Read more 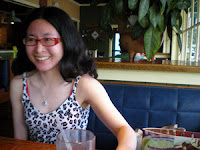 Jess C Scott  is a short story writer, a novelist and a poet. She lives in Maine in the United States. Her work includes the blog novel, EyeLeash   (jessINK, 2011); the collection of erotic short stories, 4:Play  (jessINK, 2011) and the novel, The Other Side of Life (jessINK, 2011). In this interview, Jess C Scott talks about her writing: Do you write everyday? I don’t write everyday, though I try my best. I like writing by hand (at least initially), especially when I’m planning things out before a first draft ... there’s just something about seeing the words appear in ink on paper that beats typing (despite the efficiency and convenience of the latter). If I’m working on a story, it ends when I feel it’s complete (everything has to be “tied together,” there must be some form of resolution, etc.). By that time, I’m usually mostly focused on the next writing project. I like to challenge myself as an artist and keep improving that way. Stagnating is bad because I think I
Post a Comment
Read more

Ayodele Olofintuade lives in Ibadan, Nigeria where she works as a creative writing teacher. She made her debut as an author with the publication of the children’s book, Eno's Story (Cassava Republic, 2010). The book has been shortlisted for the 2011 Nigeria Prize for Literature . In this interview, Ayodele Olofintuade talks about her writing: How many books have you written so far? I’ve written several but have only one, Eno’s Story which has been published by Cassava Republic . The story is about an eight year old girl who was accused of being a witch because of the fact that she’s an unusual child. It is the story of how the love of a parent can make the difference in a child’s life. It is about how Eno was able to hold her own in the face of great adversities. Eno is a child who does not have the victim mentality people are fond of giving to children of African descent... you know the usual story, a victimized and downtrodden child holding out a begging bowl and feel
Post a Comment
Read more 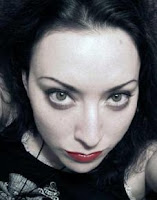 Suzi M is the author of several novels, among them,  Nemesis  (Smiling Goth Productions, 2007), Lamia  (Smiling Goth Productions, 2008) and  The Tower  (Smiling Goth Productions, 2008). In addition to that, ten of her short stories appear in  Cover Stories: A Euphictional Anthology  (CreateSpace, 2010). In this interview, Suzi M talks about her writing: When did you start writing? Many many years ago. Roughly 1990. Writing came very naturally to me, as did storytelling. It seemed evident to me that eventually my work would be published. It was never a question of 'if' but was more a matter of 'when'. I began writing my first novel, Nemesis in 1992. It took nine months to complete, and it was exhausting. When I held the full first draft of the manuscript in my hands, I had such an overwhelming sense of accomplishment that I stopped writing for two years. I sent the manuscript to agents and publishers, and got some very nice rejection letters. One in part
Post a Comment
Read more

John Eppel is a teacher, an award-winning poet, short story writer and novelist. His books include the poetry collections, Spoils of War  (The Carrefour Press, 1989) and Songs My Country Taught Me  (Weaver Press, 2005) as well as the novels,  Hatchings (amaBooks, 2006) and Absent: The English Teacher  (Weaver Press, 2009). In this interview, John Eppel talks about Together (amaBooks, 2011), his latest book: How would you describe Together ? My latest book, Together , is a joint affair, combining poems and short stories by Julius Chingono and me; so it’s our latest book – a poignant phrase since Julius did not live to see it in print. I wrote my portion of the book in 2008. Since I was earning almost nothing as a teacher, I applied for a year’s leave, and wrote three books: a novel, Absent: the English Teacher , a collection of short stories, White Man Walking , and a collection of poems, Landlocked . I sent them to Weaver Press who accepted the novel but rejected the poe
Post a Comment
Read more 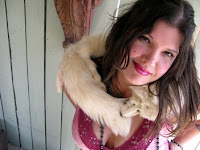 Lorette C. Luzajic  lives in Toronto, Ontario where she works as an artist and an author. Her books include The Astronaut’s Wife: Poems of Eros and Thanatos   (Handymaiden Editions, 2006);  Goodbye, Billie Jean: the Meaning of Michael Jackson   (Handymaiden Editions, 2010) and  Fascinating Writers: twenty-five unusual lives  (Idea Fountain Editions, 2011). In this interview, Lorette Luzajic talks about her writing: When did you start writing? The cliché but true answer is that there was never a time I didn’t write. I started making up stories and researching projects as soon as I could read, which was very early on. There was never a time for me outside of that identity. I was very earnest in my childhood, dutifully preparing my double-spaced typewritten poems for submissions to literary journals, complete with the obligatory self-addressed stamped envelopes, in the days before email submissions. It never dawned on me that submitting my youthful-hearted works to adult liter
Post a Comment
Read more
More posts