Showing posts from October, 2011
Show all

October 28, 2011
On October 27, 2011, the Adult Education College in Leicester was the venue of the launch of Siobhan Logan 's latest poetry chapbook, Mad, Hopeless & Possible: Shackleton's Endurance Expedition (original plus, 2011). The title of the chapbook comes from Sir Ernest Shackleton himself who rated applicants for his legendary 1914 Antarctic Expedition as "Mad, Hopeless & Possible". The chapbook also weaves in the hidden shadow-story of the Ross Sea Party, his supply team, who were marooned in the white wilderness just as war consumed Europe. Leicestershire author Mark Goodwin says, "Siobhan Logan's Mad, Hopeless & Possible lifts the reader out of their warm armchair to place them among the stubborn men of Shackleton's 1914 Trans-Antarctic Expedition. "This history of polar exploration is at once effectively informative and dramatically powerful: smooth, economic prose offset against haunting poetic soliloquies. It's a
Post a Comment
Read more

Octavia McBride-Ahebee lives in Philadelphia in the United States. Her work has  been featured in journals and magazines that include   Damazine: A Literary Journal of the Muslim World ; Fingernails Across The Chalkboard: Poetry And Prose on HIV/AIDS From the Black Diaspora ; Under Our Skin: Literature of Breast Cancer ; Sea Breeze: A Journal of Contemporary Liberian Writing ; The Journal of the National Medical Association (Art in Medicine Section) and the Beloit Poetry Journal . Her poetry collections include Assuming Voices (Lit Pot Press, 2003) and Where My Birthmark Dances (Finishing Line Press, 2011). In this interview, Octavia McBride-Ahebee talks about her concerns as a writer: How would you describe your latest book, Where My Birthmark Dances ? My newest collection of poetry, Where My Birthmark Dances  was published this past summer - 2011 - by Finishing Line Press . In it I present various human relationships within the context of global inequality. Never are my
1 comment
Read more

P. J. Hawkinson lives in Kansas in the United States. She is the author of Half Bitten (Trafford Publishing, 2010). Working with Karen Wodke and writing as Wodke Hawkinson , P. J Hawkinson is also the co-author of books that include Catch Her in the Rye: Selected Short Stories Vol. I (CreateSpace, 2011) and Blue: Selected Short Stories Vol. II (Smashwords, 2011). In this interview, P. J. Hawkinson talks about her concerns as a writer: How would you describe the writing you are doing? Karen describes our writing as " a fictional smorgasbord ." I agree with her and would like to add that readers can sample our variety of genres in both Catch Her in the Rye and Blue . Who is your target audience? Betrayed will be for mature audiences while our short story books and Tangerine would make good reading for readers from young adult to senior readers. The audience we write for is the one we ourselves fit into. However, in the near future, we plan to write some
Post a Comment
Read more

October 22, 2011
By Ambrose Musiyiwa* I am my Beloved’s but my Beloved is not mine. We were sitting on the edge of the road when she asked me: “What do you think about my Beloved?” I didn’t want to think about her Beloved. “Well?” she probed — big, bright, brown eyes looking up at me as if I were a genii about to grant a wish. “Well, what?” I asked, looking away. “Well, what do you think about my Beloved?” she insisted. “You might not want to hear what I have to say,” I said. “I want to hear it,” she insisted. “I don’t think I am the right person to ask,” I said. “I can’t be objective.” “It doesn’t matter,” she said. “I want to here what you have to say.” “You want the truth?” I asked. She nodded. “I don’t like Simba,” I said. “I think he is childish and mean and I think he is using you.” My Beloved’s face darkened the way earth darkens when rain clouds gather around over it and a glint appeared in her big, bright, brown eyes. “How can you say that about him?” she asked.
Post a Comment
Read more 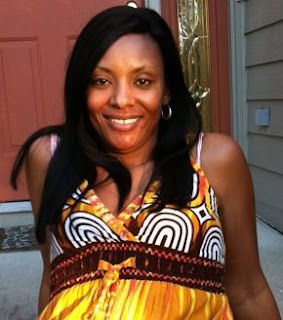 Barbara Mhangami-Ruwende was born in Zimbabwe. She worked in Germany for a number of years before moving to Scotland where she was a student at the University of Glasgow. Currently, she lives in Ann Arbor, Michigan. One of her short stories has been featured in Where to Now? Short Stories from Zimbabwe (amaBooks, 2011). In this interview, Barbara Mhangami-Ruwende talks about her concerns as a writer: Do you write every day? No. I do not write every day. That is in part due to time constraints but also because I spend a lot of time reading or creating stories in my head so that when I do sit down to write, I write as opposed to thinking. I am putting together a short story collection and working on a novel. I create stories while I am chopping vegetables or folding laundry. Then when I have half an hour to sit at my computer, it is to put down something. The writing usually ends because I have something to attend to, like the pot of burning stew! Often times I have a n
Post a Comment
Read more 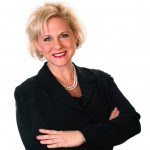 Debra Duneier is an accredited LEED® Green Associate, a certified Eco-Designer and a Feng Shui master practitioner. She is also creator of EcoChi ® and author of EcoChi: Designing The Human Experience (New Voices Press, 2011). In this interview, Debra Duneier talks about her concerns as a writer: Do you write every day? I write five or six days a week. I have three blogs. I have two columns that I write weekly. I am a guest writer for a variety of websites and, of course, there is always ... the next book. My favorite place to write is in my outdoor office on the North Fork of Long Island. Surrounded by organic farms, vineyards and the Long Island sound with my feet firmly planted in nature, my creative juices flow! This is where my first book, EcoChi: Designing the Human Experience was written. What would you say led you to create the EcoChi design system? It is exhilarating and not really surprising that all the hard work and the years of accumulating knowledge in
Post a Comment
Read more 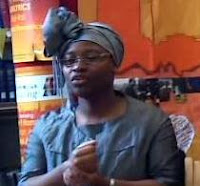 Zimbabwean writer, Ellah Kandi is a chef, a wedding and events planner, and a basic worship sign language and performing arts teacher. She is also secretary and choir coordinator of the Emmanu’-El Apostolic Gospel Academy aka De Montfort University Gospel Choir which is based in Leicester in the United Kingdom. She is the author of El-Ellah Multi-Cultural Cuisines: Heavenly Recipes (Xlibris, 2011) and is currently working on a children’s book. In this interview, Ellah Kandi talks about her concerns as a writer: When did you start writing? I started writing and producing short reports when l was still in high school in Zimbabwe. I remember using exercise books and arranging my work to make it look like a magazine and saying, “One day l will publish a church magazine or a book”. When l moved to Leicester, there was a project called “As Is” that encouraged us to write. I remember a Mr Higgins asking me to translate Shona writings into English and to write what l did durin
1 comment
Read more

Alice Lenkiewicz is an artist and a writer. She lives in Liverpool in the United Kingdom. Her books include the novella, Maxine (bluechrome Publishing, 2005) and the collection of poems, Men Hate Blondes (original plus, 2009). She also publishes and edits Neon Highway , a poetry magazine that supports emerging and established poets. In this interview, Alice Lenkiewicz talks about her concerns as a writer: Do you write everyday? I go through phases of writing and then not writing. At the moment I am trying to write a little each day. I like to research. My session usually begins with brainstorming, so I jot ideas down quite quickly. I have an idea about what I would like to write and then I set about deciding which technique I will use. What kind of format will suit the work I am writing? This usually develops after working with free verse for a while and then once I get the feel of what I am going to do I decide how structured I am going to be. It could develop in ma
Post a Comment
Read more 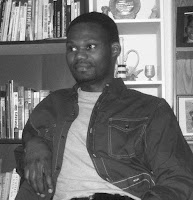 Zimbabwean writer, Murenga Joseph Chikowero is a doctoral student in African Literature and Film at the University of Wisconsin-Madison. In 2010, he collaborated with Annie Holmes and Peter Orner on an oral history project which gave birth to the highly-regarded book, Hope Deferred (McSweeney’s Publishing, 2010). His short stories have featured in the anthology, Where to Now? Short Stories from Zimbabwe (amaBooks, 2011) as well as on the PanAfrican writers’ blog, StoryTime . In this interview, Murenga Chikowero talks about his concerns as a writer: When did you start writing? Back in primary school, probably in 6th grade. That year, I moved to a different part of the country, near Guruve in the north, and there a friend told me a story, one of those fantastic tales. When I went back to my old school a year later, our teacher asked everyone to write a story, any fictional story. I wrote down this story about a mythical, one-eyed giant but ... when our books were returned
Post a Comment
Read more
More posts