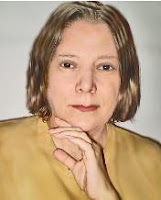 At various stages in her life, she has worked as a waitress, an aerobics instructor, a paralegal and as an administrative assistant in a computer company.

In this interview, Margay Leah Justice talks about her writing:

I think I started writing the first time I ever picked up a pencil. I can't remember a time when I didn't write. As to when I decided to publish what I wrote, that came later, probably when I was in high school and realized that this might be a good career for me. But a lot of life has happened between that realization and my achieving my dream. I actually was approached by a friend I made in a writing contest about his desire to start a press and to publish the stories he enjoyed reading in the contest. So of course I said yes.

I don't write in one genre. I write whatever story comes to me at the time. So I have some that have paranormal themes and others that are more mainstream and I am working on one that is a combination of contemporary and historical with paranormal elements. But they all center around romance.

I write for whoever wants to read my writing, but I suppose my main audience would be women.

I started writing the type of books I wanted to read, books that would make me think or see things differently or just escape from my daily life for a while into a fantastic world. So that is who I write for - women like me.

Well, I read as widely as I write, so it's a difficult task trying to pinpoint influences.

Some of my favorite authors are Julia Quinn, Luanne Rice, Meg Cabot, all very different writers.

A lot of my personal experiences find their way into my writing, in one form or another. They usually become the basis for plots, characters, themes.

My main concerns as a writer are trying to deliver the best book I can to the public. The way I deal with it is to just write from the heart and hope that the readers embrace it.

Ironically, my biggest challenges are of the personal nature. Not only am I dealing with a diagnosis of Multiple Sclerosis, but one of my daughters suffers from bipolar disorder and Asperger's Syndrome. The only way to deal with them is to meet them head-on and not allow them to beat you down, which can be difficult at times. The secret is pacing and not to try to take on too much at one time.

I try hard to write every day, but sometimes the demands of everyday life and my illness or my daughter's illnesses does interfere with my efforts.

Usually, I get up early to get my email out of the way in between getting my daughters off to school.

When I get home, I start in on whatever I have in the works at the time whether it's something new or rewrites, and I usually write for most of the day.

I stop in the early afternoon to pick up my daughters and then I have to give up the computer for homework assignments, but I do try to sneak in more writing sessions around their assignments.

Although I have several books in the pipe, Nora's Soul is my first published book. It was published on November 12, 2008 by Second Wind Publishing, LLC and is available on Amazon.com.

It is about a woman who lost her faith in all things angelic years ago with the death of her beloved brother. Now, as an adult, she finds herself in another crossroads in her life where her beliefs are tested once again. Along the way, she becomes locked in a battle between a dark angel and a light angel with the ultimate prize being her soul.

How did you chose a publisher for the book?

Nora's Soul took more than a decade to write because I would put it aside in favor of a new idea or get frustrated with the way it was going.

The publisher actually chose me. We met during a writing competition and he decided to start a small press and asked me to submit the story from the competition, which was Nora's Soul. I had entered the story in the contest to test its merit, to see if it was worth pursuing and he obviously thought so.

What advantages or disadvantages has this presented?

Well, the disadvantage is that it's a new press, so it's small and hasn't made a name for itself. But that can also be an advantage because I was able to have more input in the book and the cover design, and the whole experience has taught me a lot about self-confidence in believing in myself.

You really have to believe in yourself and what you do to generate the buzz for your own book. The way I deal with this is to seek out places on the internet to talk about my book and the writing process and I promote not only my book but the publishing company, too. If it's a success, I will be, too.

What did you find most difficult when you were working on Nora’s Soul?

I think exposition is the hardest part for me. Striking the right balance between too much detail and not enough is always tricky for me. But that's the beauty of rewrites - you can always go back and decide where you need to pump it up or tone it down. I usually seek advice from critique partners to help me in this area.

Dialogue. I love writing scenes where the exchange is rapid-fire and witty (I hope). I love the dialogue from old movies of the 30s and 40s and the television show Gilmore Girls and that is what I try to bring to my stories.

What sets Nora’s Soul apart from other things you've written?

Well, for one thing, it's about angels and I never wrote about that before. But it is also the first book I ever wrote with paranormal elements to it, which has opened up a whole new arena for me.

Funny thing is, when I first started to seriously write, I did mostly historicals, then I slowly got into writing contemporaries, now paranormals!

At its core, Nora’s Soul is about love and the way people interact with one another. It's about the same issues anyone might face in their life - faith, desire, and what we truly believe in.

I will be continuing the story of the two angels in forthcoming books, which I am working on now. Plus, I have stories based upon different things that have happened in my life or things that have effected my life (bipolar disorder, for instance).

So far, that would have to be getting my first book published.