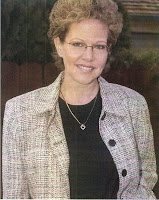 Kathleen G. Collins' work has been featured in magazines that include Today's Health and Wellness magazine.

Her work includes Depression: Cancer Of The Soul (Storyhouse, 1999) a short memoir about her experience of bipolar disorder, and Suspended (Sonar 4 Publications, 2009), a novella about three people who become the unwitting test-subjects for a new drug.

In this interview, Kathleen G. Collins talks about her concerns as a writer:

My first published sci-fi thriller, Suspended, released July of this year is actually the end result of many years of “journaling”. I have struggled my entire adult life with bipolar disorder and one of the many ways that my doctors and therapists have taught me to cope with the mood swings and frustrations of the medication's side effects was to write in a journal daily. As time went on, I discovered that I really enjoyed writing.

In 1999, I finished a short memoir about my experiences with bipolar, Depression: Cancer of the Soul, and after it was published, I thought, "Hey, why not go a little further and let my imagination run amok? I’ve heard that you write what you know about, and I know about medications and the side effects that can rear their ugly heads." The story of Suspended blossomed from there.

I let the anger at my situation and the paranoia tell the story of Beth, Bobby and Jack -- the three main characters in the story who get caught up in a conspiracy where they become the unwitting test-subjects of a new medication. It was not only cathartic, but fun too.

My bipolar moods are definitely in control of my writing. I tend to cycle very quickly from depression to mania, anywhere from hours and days to weeks and it’s when I’m manic that I’m more creative and have the energy to write. Therefore, I try to take advantage of those times when I’m manic to start a new project or work on one that I’ve already started.

I have many influences that benefit me when I write.

I love sci-fi authors like [Stephen] King and [Dean] Koontz.

The idea of being able to immerse yourself into any kind of reality you wish to create is incredibly appealing to me. It's a great escape, if even only for a few hours.

Music has a huge impact on me both creatively and emotionally, as well. However, my mood picks the music, not the other way around. So, if I’m, say, frustrated or angry, I’ll listen to loud hard rock music, not something soft to try to calm me down.

I am also a big fan of art. I love to sketch, paint, design, photograph and, well, anything creative. My all time favorite artist is Salvador Dali. My mother lives in St. Petersburg, Florida where the Dali Museum is located and she always sends me Dali paraphernalia every year for Christmas. I always look so forward to it. My favorite piece is "Lincoln in Dalivision" of which I have a beautifully framed print given to me before he died. I treasure it. My husband thinks Dali is weird and awful. That’s okay, I love my husband anyway!

What were the most difficult aspects of the work you put into Suspended?

I’ve been writing off and on since college, but nothing of great substance until my memoir in 1999. I do think it’s important, though, to be as honest as you can in anything you write and I think I’ve been pretty consistent in that aspect.

The most difficult part of getting Suspended completed and published was finding the publisher. As a novella, it is too long to be a short story and too short to be a novel. Thankfully, Shells at Sonar 4 Publications recognized it's potential and took it on.

I haven’t agonized at all over anything I’ve written. Even some of the difficult facets of my memoir such as mental illness, hospitalization and suicide. They were simply too important not to be included. In Suspended, there are some graphic scenes, but they were actually some of my favorite parts to write. I know that sounds kind of strange, but that’s my odd mind at work!

I think my biggest challenge as a writer is inspiration. I am still very new at writing substantial pieces so it does take some time for me to get motivated to write, but once I get started though and an idea pops into my head, my fingers just start typing away and it’s sometimes hard to stop… especially when I’m really manic!

I am unable to work because of my medical status and, of course, the nasty medication side effects -- that does give me more time to write, but my writing so far has not been very lucrative. But, you know, I’m perfectly okay with that. I didn’t start writing to make money. I do it to make myself feel better and if I can make someone else feel a little better too, then, that’s a huge bonus.

What kind of support networks do you have?

I’ve pretty much been on my own in this whole writing thing. As a matter of fact, when Suspended was finally published, very few of my friends even knew I was writing a book.

When my memoir was published in '99 that gave me the confidence to go on to something bigger, like Suspended. But again, I charged ahead… alone.

I would love to be able to mentor someone but I don’t think I’d be very good at it. It’s somewhat difficult for me to verbalize ideas. I’m much better at sitting quietly alone with my thoughts and a computer and the time to think before writing something down.

How would you describe your association with Sonar 4 Publications?

I see online publishing, like my publisher Sonar 4 Publications, as nothing but a good deal for everyone. It gets writers like me out there with my stories and it’s an affordable way for people to buy books, not to mention the fact that it’s eco-friendly. It’s truly a win, win and I hope more people realize that.

I've always thought that it's so important that a writer have fun and if they really want to get published, not to give up and stick with the reputable publishers. It took a good couple of years to find a good publisher for Suspended, so, I hope budding writers hang in there and keep trying.

I don't write everyday and I’m not currently working on anything but I do have an idea for another sci-fi fiction novel. It will be based on actual facts like Suspended is but will be a completely different premise.

I really enjoy doing research and learning about different subjects then putting my own strange spin on them.

My most significant achievement is definitely my novella, Suspended. I am so proud of it because I think it’s not only an interesting and unique premise but that it’s intelligent reading as well.

That's not to say I haven't had failures. Everyone does. I can think of two right now that were actually rather embarrassing. Back in 1985, I think it was, I wanted to do something different for my family for Christmas. So I decided to do a piece of art for each member. One for my Mom and Dad and one for each of my three sisters. I would use a different medium for each. Now, my parent’s was done in colored chalk and was a lovely sea shell scene. It turned out beautiful and it’s still to this day hanging proudly in their foyer. My sister Kim’s piece was an incredibly intricate and colorful Alice in Wonderland scene done in ink. I really loved hers too. Well, Christmas was creeping up fast and it was at this point in my life that I came to realize that I don’t do so well creatively under pressure and deadlines. Let’s just say the last two pieces were trashed and I made a dash for the mall.

Becky said…
I would be very interested in reading this book... I love memoirs and have only read one other memoir about bipolar disorder in my life... "bipolar bare" by Carlton Davis. I loved it because I could really relate. It would be interesting to read how the disorder has affected another person's life. So glad I stumbled across this post!
December 12, 2009 at 7:36:00 AM GMT