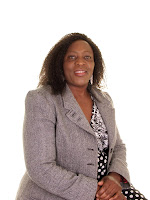 Agrena Mushonga trained at Seke Teachers' College in Chitungwiza, Zimbabwe and went on to teach in a number of primary schools in Chitungwiza.

In addition to teaching, she co-ordinated the Chitungwiza Children's Reading Tent Project and, in collaboration with Mbuya Muroyiwa, hosted story-telling sessions on the Zimbabwean children's television channel, KidzNet.

She is also the author of children's books that include Kapitau and the Magic Whistle (Priority Projects Publishers, 2001) and Stories from Africa: Meet Kapitau Junior (Kapitau Publishing Ltd, 2012).

In this interview, Agrena Mushonga talks about her writing:

Way back, when I was growing up in my home village of Goneso in Mashonaland East Province in Zimbabwe, in mid-70s. I remember I had this great desire to write even when I was still in 4th grade in primary school. I was 10 years old then. (I started school at the age of seven). I never stopped writing since then.

When did you decide you wanted to be a published writer?

There was an acute shortage of reading materials in primary schools in Zimbabwe around late 90s, particularly at the school where I was teaching. To get around this problem I gathered empty shoe boxes from the local town centre. I made up little summaries of stories, some from the text books and supplementary readers and some which I just made out of my imagination. I drafted a few questions and things to do at the end of each story. Each story ended up being a work card.

I then came up with a bound volume of appropriate registers in Shona after I realised that our Grade 7 pupils were performing badly in examinations in this particular area. I also wrote a collection of Shona stories which, together with the bound volumes, I took to a leading publishing company. After a while I received a very encouraging letter with a lot of advice from one of Zimbabwe’s highly regarded writers today, on how to improve my manuscripts.

I did not do anything about the manuscripts. I put them away and began to write a collection of folktales – some in Shona and some in English. I had a very strong connection with one of the tales, Kapitau and the Magic Whistle. It was perhaps because Kapitau was an orphan and my mother spoke a lot about her life as an orphan. I decided to publish this folktale and when I approached Priority Projects Publishing they agreed to publish the story. My intention was to use the story for reading promotion in our Children’s Reading Tent Project of which I had been chosen as co-ordinator in Chitungwiza. That was in 2001.

How would you describe the writing you are doing now?

Presently I am writing a series of children’s stories.

I like to enter the mind of the young reader when writing for children. I get into their world and explore it.

I also recently completed a novel which will be out soon. I hope it comes out well before the end of 2012. I put myself in the shoes of Nokuthula, the main character in this story. Nokuthula means ‘be still or stay put’. I just don’t know how to disconnect as an author – I am emotionally connected to this story and I just love it. I empathise with the main character.

For the children’s series my target audience is children of about six to 10 years old. I probably enjoy writing for this age group due to the fact that I spent a lot of time with children in my career as a teacher and also because of the fact that I had this tendency of being very observant of the way children grow up and socialise.

The novel is meant for teenagers and young adults but it can also appeal to anyone... say, people in their twenties, thirties or older.

My greatest influence never really authored a story in print. That person is my mother, the late Mbuya Sirina Makaita Watyoka Mugaba. The stories she told me orally during evening times in her dung-smeared and grass-thatched hut are still deeply anchored in my mind, several decades after.

Later, as young person, I got really inspired by the works of writers and poets like Modekai Hamutyineyi, Paul Chidyausiku, Charles Mungoshi and Chirikure Chirikure, among others. I respect Yvonne Vera and think she is my role model but I find her writing rather too complicated to comprehend. I feel like I need a Shona dictionary when reading her novels particularly Nehanda. It’s as if she got into a world of her own when writing.

For the children's stories, I get a lot of inspiration from the works of Charles Mungoshi and Michael Morpurgo. Mary Higgins Clark, on the other hand, inspires me to write novels.

I also tend to idolise Jane Austin for having written Pride and Prejudice as well as William Shakespeare for Macbeth and Gorge Orwell for Animal Farm. The value of these books was added by my high school Literature in English teachers who were so good in their act.

Pretty much so. I could not write from a vacuum. Writing is about experiences and observations and socialisation. Think of how you could come up with a character without drawing from somewhere or from experience. You have to relate to something.

There is very little money to be earned in writing as far as I understand unless you become big and very popular. That makes the writing field a rather scary market to venture into. You work so hard and get very little in writing and you question yourself. Is it worth it at the end of the day?

Unfortunately or fortunately, for me the answer is still "Yes" because, to be honest, I am not only in it for money. There are so many ways of making money, more money but I still choose writing because I do not know how to live my life without writing. It’s like I was born to write.

No, everything varies. I write as and when I feel inspired. I can’t just sit in front of the computer in the morning when my mind is blank – nothing happens definitely nothing. But when inspired, my mind bubbles with thoughts. I can feel the adrenalin, it’s like my chest is full and I want to empty it, it’s like being pregnant with thoughts and you want to give birth. It’s hard to control that feeling. I write with a lot of emotion – particularly in novels. It’s the children’s stories that I usually write casually.

So far I have written several books. Of these, only two have been published, namely, Kapitau and the Magic Whistle, published by Priority Projects Publishers, 2001 and Stories from Africa: Meet Kapitau Junior, published by Kapitau Publishing Ltd, 2012.

I have an upcoming novel also to be published by Kapitau Publishing Ltd soon.

I am now merging some of the stories I wrote ages ago into my new writings. Not everything that I have written in the past is publishable: I have to be very honest with myself as a writer; I still have a few of my old manuscripts though and I cherish them. I sometimes have a good laugh and say to myself, “What was I thinking writing this?” At the end of the day you realise how far you have come and realise how mature you have become as a writer but again you never cease to learn new things.