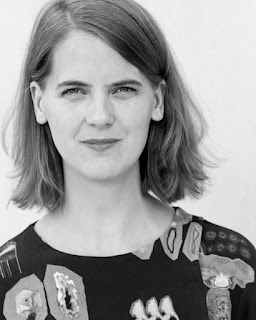 She completed her PhD in Brazilian literature in 2012. Since 2016 she works as an author and literary translator from Portuguese and Dutch in Berlin.

In this interview, Dania talks about project management, literature and Journeys in Translation.

How would you describe the work that you do? What drew you to it? How did you start?

Since 2016 only I am working as a freelance translator and author.

After having completed my PhD in literature, I have been working in the area of project management for some years, but somehow I couldn’t get rid of literature. I kept on reading a lot and one day began writing myself, which somehow changed things.

When you are dealing with literature as an academic, you are also passionate about it, but looking at it from an analytical perspective only. I simply never dared to write myself and when I began with it, it was a revelation – it was very hard to produce something I liked, it still is, I am still actually always totally unsatisfied and have never published anything until today, but it makes me happy.

Translating literature makes part of this new productive relationship with literature and is equally hard and equally satisfying. But I am still a total beginner in translating and writing – I am currently working on my first literary translation for real.

What would you say are the most challenging aspects of the work you are doing?

The most challenging aspects – well, there are so many! I suppose that persistent self-doubts are one of those aspects ... difficult sometimes to deal with. You try very much to do your best, but it’s solitary work that normally also takes quite a long time, so that means you are struggling yourself with the words and the text and no one can really help you.

I really like an essay of the German philosopher and literary scholar (and translator) Walter Benjamin who talks about the Aufgabe des Übersetzers. Aufgabe means task, but the word also refers to the verb aufgeben and that is to give up. As a translator you have to make so many decisions with every sentence, you have to be decisive, but to be good, you also have to be aware of all the pitfalls and difficulties and sometimes you also have to give up and let go to really be able to create something new, the new text, the translated one. So, there are quite some difficulties and challenges in translating as in writing as well, but still it’s a very rewarding work.


What would you say are some of the things that connect the various aspects of the work that you are doing?

Translating and writing are both about language. Also, I am teaching German classes in Berlin – another language-related issue. Language would be the material I am working with in all the aspects of my work.

I think that perhaps I am very fascinated by the relationship between form and content, i.e. texts in which the form cannot be separated from the content really. And that’s an enormous challenge for the writer as for the translator.

I am very much into Portuguese and Brazilian literature, so I suppose writers as Clarice Lispector, João Guimarães Rosa and also the more unknown Hilda Hilst have influenced me a lot.

In poetry, I like Rilke a lot, somehow, poems I prefer to read in German, my mother tongue. But generally I read a lot and cannot always define how writers have influenced me.

I suppose I am fascinated by how writers as Lispector or Rosa have created their very own language and literary style ... form and content are intricately interwoven and that’s what I deeply admire.

A friend of mine sent me an e-mail talking about the project. Since I was also involved in a project of encounters between German people here in Berlin and refugees from all over the world, I was immediately interested. As a translator I thought I could make a contribution.

Most challenging certainly was the fact that I am normally not translating from English and I suppose that some of the poets also have different mother tongues. That’s a challenge and very intriguing at the same time.

What I really liked is that whilst translating a poem you really have to make it your own; it’s a way of intense reading and listening to the other writer that wrote it. It’s an act of communication, a very focused one, without haste. Exactly in that way we should also talk to each other more often, I think.

The value of an initiative like Journeys in Translation is exactly this – by the exercise of translation you listen carefully and intensely to the Other. That’s what I think our society should be more like, a community of listeners. The Other has so much to tell and perhaps, by listening very well, you might became another, too.

More information on how Over Land, Over Sea came about is available here.