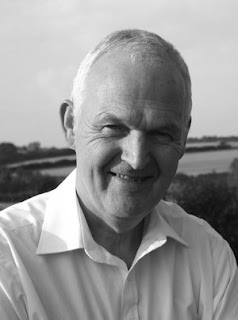 Paul Francis is a prolific, versatile poet, living in Much Wenlock. He has published two collections, Various Forms and 5-string Banjo, and a range of topical pamphlets. He is active on the local circuit of poetry readings and has been placed in six national poetry competitions.

In this interview, Paul talks about his writing:

I wrote my first poem at the age of ten and haven’t stopped since.

There wasn’t a clear moment where it could be said I decided I wanted to be a published writer. I’ve always read, so I’ve thought of writers as important, and writing as a worthwhile activity. It’s a natural step from there to think, “Why not me?”

Varied, enjoyable, most of it transitory.

Sometimes it reaches beyond that, through a series of accidents. I discovered a week ago that the leader of an Orkney Ramblers holiday I went on in 2014 has been reading my Orkney Sonnets to his recent customers. Totally gobsmacking, but good to know.

Shakespeare, Shelley, George Orwell for a start. Shakespeare and Shelley (‘Ozymandias’) for the sonnets, Shelley (‘Masque of Anarchy’) and Orwell for the politics.

The range and intensity of Shakespeare’s sonnets have always impressed me – there’s so much you can find in this apparently limited form. ‘Ozymandias’ is terrific. It came out of a challenge between Shelley and a friend – write a sonnet about a recent visit to the British Museum. It’s a powerful, well-organised sonnet that proceeds towards its conclusion, getting better all the time BUT it also plays around with the formal rhyme scheme. It’s not simply three four line chunks with a couplet tacked on to the end.

‘Masque of Anarchy’ is a great poem. short lines, tight rhyming and controlled anger all the way through.

What I like about Orwell is the aim for clarity – look hard, but keep what you’re writing as clear and simple as you can.

I was brought up in a very pleasant middle-class home. Lots of books, time for reading, supportive parents etc.

It was only when I went to Raymond Williams’ lectures, and then started teaching in a Nottinghamshire mining town, that I registered how differently many people lived – and what a rough deal a large proportion of the population got from those who were in power.

This is really far too big to take on in this context. It’s about social class and money and power, and the recognition of how they operate in society.

Has there been a change from when I started teaching till now? How long have you got? I’ve written two books about this, What’s Wrong with the National Curriculum? and The Best Policy? Honesty in education, 1997-2001.

Making topical, political subject matter the content of poems which are good in themselves, not just a rant.

I have regular arguments with poetry friends about what poems can and can’t do. My view is hugely ambitious – poems can convey information, develop arguments etc... I need to work on the text, so as to convince sceptics that I might have a point.

Not huge. I’m retired, and have a pension. It’s a comfortable life. I write what I want to, and nothing hangs on what happens to it. I like trying to write different kinds of stuff.

The challenges I face are largely technical. I like regular forms, but recognise the current hostility to full rhyme and iambic pattern. One challenge is to try to face the potential criticism of those elements without sacrificing them – keeping the sense and the movement as active as possible.

Most days. Sessions aren’t formal, and might be short. I’m lucky that I write fast, and always have plenty to write about. 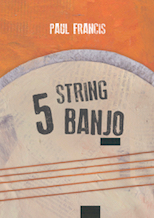 I wrote three books about education, and various packs of educational materials.

I’ve written an autobiography and a novel, and have had three collections of plays for schools published (by Edward Arnold and CUP).

My latest pamphlet is In the Dark, about social media during Brexit. It’s just over a dozen pages. Actual writing time, a few days. Research and thinking about it, nearer three years.

I love manipulating information, ordering material – with this pamphlet, putting together the reference notes, sorting through the piles of (yes, actual paper) cuttings was a real buzz, and the actual writing itself, finding key images, hearing a phrase arrive in my head, which has the right sound.

In the Dark is very gritty – closely tied to the actual details of the Brexit debate – not appealing material for many readers; but, the pamphlet is accessible, easy to read and has a very clear position. I’m not coy about saying what I’m for and against.

How did you find a publisher for the pamphlet?

I’m a huge fan of self-publication, provided it’s done right, i.e. thought about, thoroughly checked, seen by critical eyes before publication. Given those conditions, it’s quick and cheap. Though, obviously, it can also be self-indulgent and a waste of everyone’s time.

What are you working on next?

Sonnets with notes will be published later this year. What’s different about it is that there are notes on each of the fifty sonnets, but they’re deliberately printed on the same page. To some that will be horrifying, but I compare it to poetry readings, where the commentary of poets on their work is often illuminating, leading to a deeper appreciation of the work. My gamble is that by giving more importance to the notes, I potentially increase readers’ chances of enjoying the poems.

You have two poems, ‘The Pitch’ and ‘Maverick’, in Bollocks to Brexit: an Anthology of Poems and Short Fiction. What would you say the poems are about? 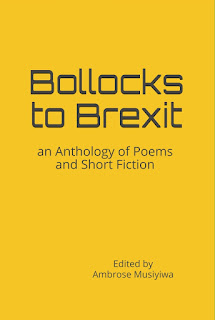 ‘The Pitch’ is about the damage of Brexit, to both sides. It adapts the Romeo and Juliet story, of two lovers divided by their feuding families, to the Brexit division between Remain and Leave.

I think Brexit has been a disaster, but that’s not simply because I’d have liked the result to be different. We’ve all suffered from the poisoning of the atmosphere, and these two young lovers are both casualties. Their death is a tragedy, but so is the future we face – uncertainty, expense, no clear gain achieved by massive upheaval.

‘Maverick’ is about Arron Banks – I don’t think we look anything like closely enough at how the Leave campaign was run, and why it worked. It’s not just that they told lies, it was the way they told them. We have to learn from that, as active citizens who can’t simply rely on the media to tell us what’s happening. The Daily Mail picked the BBC as one of the heroes of the Brexit campaign, and that’s a pretty damning indictment of their unwillingness to ask tough questions, and thoroughly investigate the promises that were made. We have to be sceptical and well-informed, if we’re not going to be seriously misled - as we were in this campaign.

Generally, reception has been favourable. For years I was told that people don’t want to hear or read poems about politics. I don’t think that was true then, and I’m certain it’s not true now. Total strangers often come up at poetry readings to thank me for reading stuff about what’s on the news. Some people are allergic to rhymed poems, and I can see / hear the sneer start to form, but in performance the rhymes and the rhythm have their own appeal – especially to non-poets!

Because we’re citizens, and we need to share, and be together. Those feelings of outrage, anxiety need to be expressed – that’s how we get a better future.

It’s tricky, because we’ve been – deliberately – divided into tribes. Not many leavers will pick up this book. If they do, will they be impressed, let alone convinced? I doubt it. But it does help our morale.

As one of the participants said, I’m sure there’ll be leavers, with their own poems, and a different anthology might try to mix the two, provide a portrait of a range of views. But that’s some way down the road, and a much tougher ask. For the moment, this is a start, and it’ll do.
Bollocks to Brexit Much Wenlock Paul Francis poetry West Midlands writing