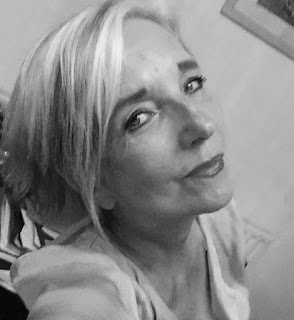 Pam Thompson is a poet, performer, reviewer and university lecturer.

Her poetry has been published in a range of small press magazines and her publications are: Spin (Walden Press, 1998), Parting the Ghosts of Salt (Redbeck Press, 2000), Show Date and Time (smith|doorstop, 2006), The Japan Quiz (Redbeck Press, 2008), and Hologram (Sunk Island Publishing, 2009).

She is one of the organisers of WORD! at The Y Theatre in Leicester.

In this interview, Pam Thompson talks about poetry and Journeys in Translation.

Very varied. I supposed a lot of my poetry is disguised - or not so disguised - autobiography. I experiment formally a lot and I enjoy it when something unexpected arises from those experiments.

I agree with the poet C. D. Wright who said: "Poetry is a necessity of life, it is a function of poetry to locate those zones inside us that would be free, and declare them so.”

Poetry is about connection too. I like the fact that writing poetry you immediately establish yourself within a wider community of poets. There is something very comforting about that.

There have been so many influences. I read a lot of poetry and I have written it since my early teens and was encouraged by certain teachers. Poets who particularly influenced me back then included Dylan Thomas, Sylvia Plath, T. S. Eliot and Ted Hughes.

I began to enter competitions in my late twenties onwards and had some successes, and began to get published in magazines. I can't speak highly enough of certain Arvon courses and my tutors on them -Michael Longley, Carol Rumens, Simon Armitage, Glyn Maxwell, Carol Ann Duffy and Gillian Clarke. Since then I have been on many courses and have attended - and run - writing workshops.

Being involved in organising WORD! at The Y in Leicester has been an enormous influence too because it demonstrates the strong hold that poetry and its public expression have on people's lives. It reinforces the need for a safe space for people to read their work and a supportive community to receive it. That's why we are thrilled to be nominated for a Saboteur Award - if we won it would help us enormously to develop WORD! even more.

Greatly - I think it's inevitable that this will happen with any writer. They are often disguised though and filtered through other voices.

I was pretty thrilled to be a winner of the Poetry Business Poetry Competition in 2005 with my pamphlet Show Date and Time, judged by Simon Armitage. Also winning the Magma Poetry Competition Judges Prize, (judge - Jo Shapcott) in 2014/15 and, recently, 3rd prize in the Poets and Players competition, judged by Michael Symmons-Roberts, was pretty special. They are all poets whose work I really like.

I have recently passed my PhD in Creative Writing (poetry). That is probably the toughest thing I have ever done writing-wise.

My poem 'Dislocation' was included in the wonderful anthology Over Land, Over Sea: Poems for those seeking refuge. Subsequently, it was one of the 13 poems offered for translation and, amazingly, has been translated into Italian, Spanish, German, Shona, Chinese, Finnish, Bengali, French, Turkish and British Sign Language, no less!

How did "Dislocation" come about?

It was part of that group project ... of poets responding to a humanitarian crisis and taking action to encourage artistic responses and to find a means of publicising these, and the cause, more widely.

Writing about a humanitarian crisis is necessary but the results will always be inadequate. I’m not undergoing the pain of ‘dislocation’ like the people in the poem. I can only try and empathise in a way that is as honest as possible without misappropriating other people’s trauma and being untruthful to it. I hope the poem has done that.

My poem is relatively short, stark, imagistic. It’s title suggests both 'displacement' and being 'out of joint'; people are being painfully wrenched from their homelands.

The poem was selected for the anthology and is now reverberating by means of all these other translators and their languages..

The fact that the poem has been translated into so many languages suggests that its spare, imagistic form has lent itself to this process and so I would say it has been received favourably.

Most importantly, it consolidates and expands the Over Land, Over Sea collective project and publicises it further via cross- and inter-cultural conversations.

It emphasises the power of words to transmigrate across languages and cultural borders and the poems continue to reverberate in all the many forms they are taking via written and spoken word, performative gesture, in the environment and online. The initiative counters any wrongheaded opinion that “Poetry makes nothing happen.”

More information on how Over Land, Over Sea came about is available here.
Journeys in Translation leicester Pam Thompson poetry Poetry in Translation 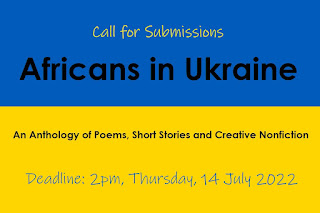